Mong Mong Sho‘s latest artwork is called Songs of Fishermen. They are a series of watercolour paintings heavily inspired and influenced by his early life which was spent near the sea and around boats and fishermen. His childhood dream was to become the best boat-maker and apparently he didn’t make his dream come true but they still have a special place in his life and philosophy as he mentioned while he was interviewed by Showcase Magazine. 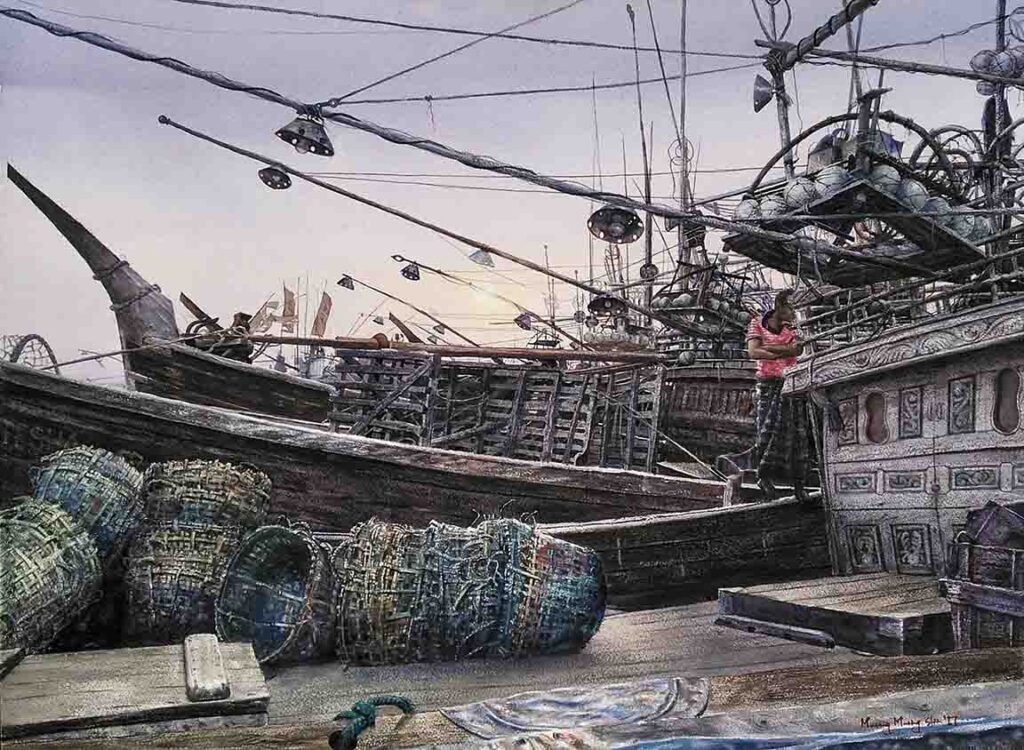 Mong Mong Sho believes that we all carry our own boat inside us called life and we need to make it smoother by ourselves. 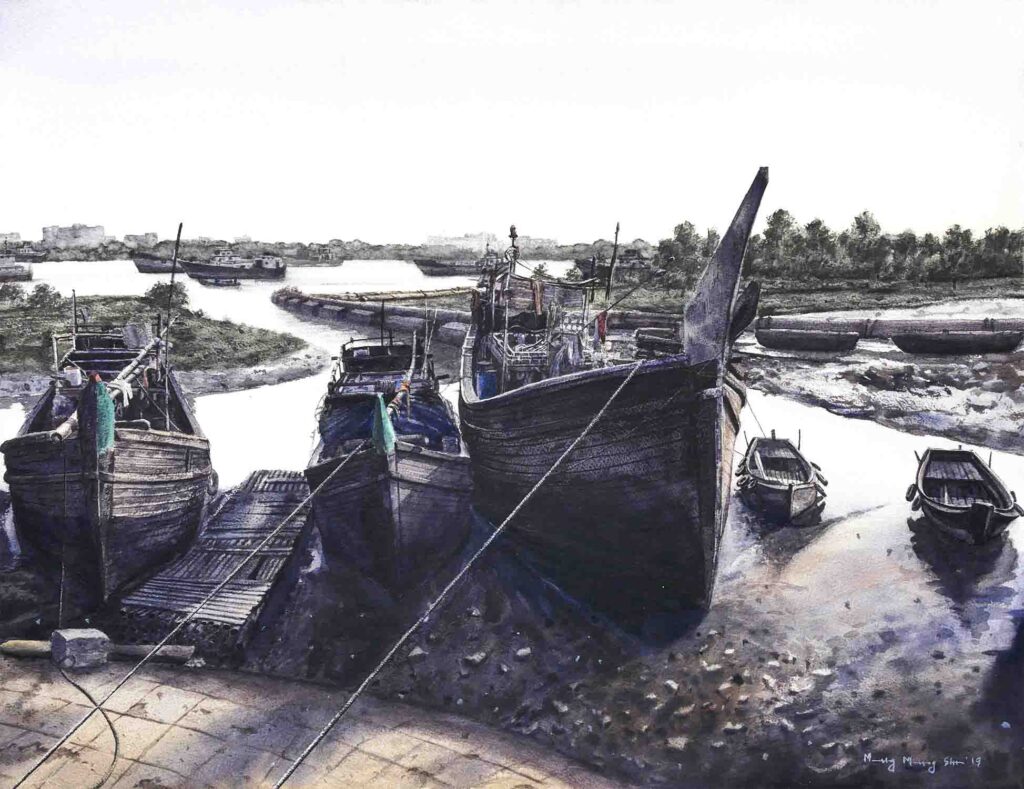 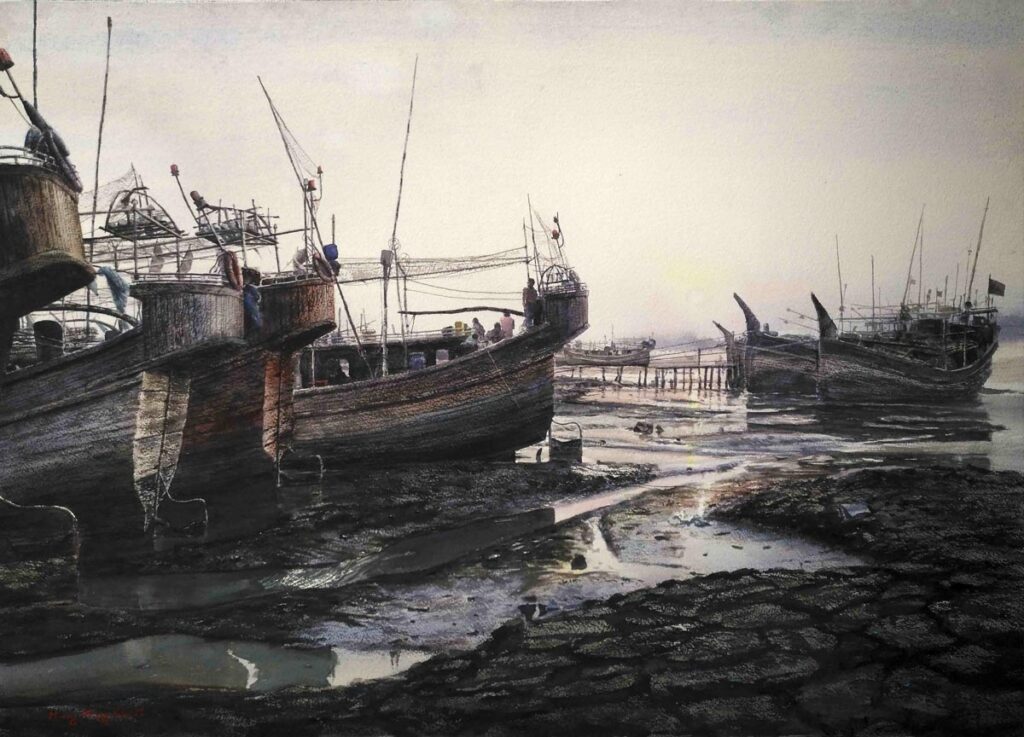 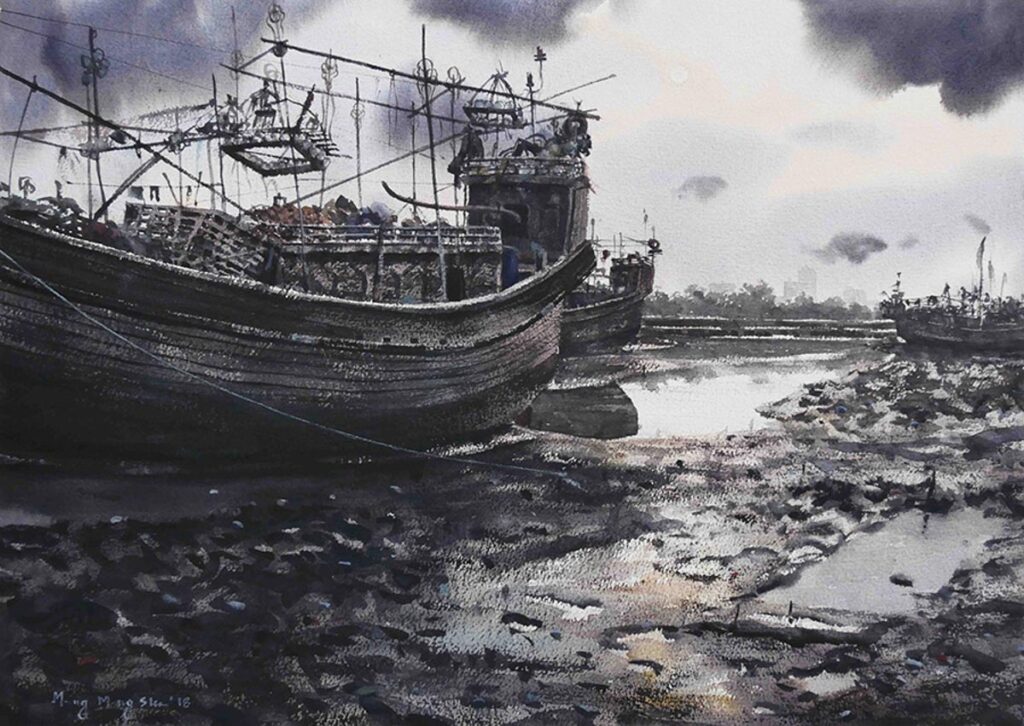